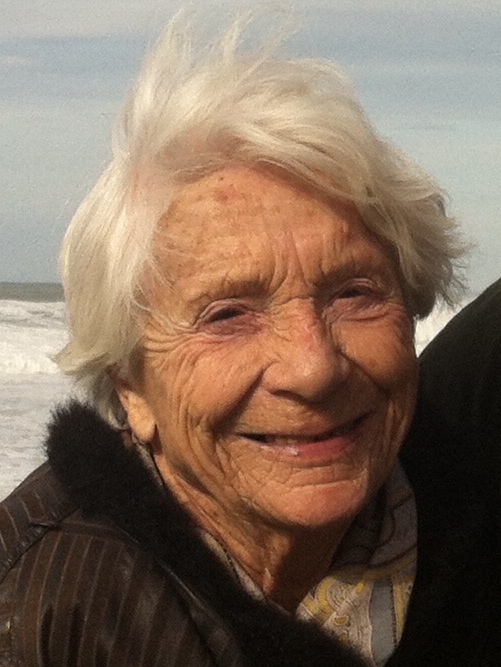 Anne(tte) Beaumanoir (1923–2022), a French neurol­o­gist, clinical neuro­phys­i­ol­o­gist, and epilep­tol­o­gist, died in her ninetyninth year of life. She was honorary member of the Swiss Epilepsy League and awarded with the Tissot Medal.

Anne Beaumanoir, known as Annette, was born in the little town Le Guildo, Notre-Dame-du-Guildo [now Saint-Cast-le-Guildo] in the Départe­ment of Côtes-d’Armor. After the Spanish Civil War, she and her mother became involved in a solidarity committee to support Spaniards fleeing Franco’s fascists to France.

Since the age of 18 she was an active member of the French Resis­tance against the occupa­tion of the national socialist army in World War II. In 1942 she became a member of the French Commu­nist Party and went under­ground. In 1944 she warned Jewish families in Paris about searches and hided children. There­fore she was lateron awarded Knight of the French Legion of Honor and — along with her also anti-fascist parents — the honorary title Right­eous Among the Nations from the Israeli Inter­na­tional Holocaust Remem­brance Center Yad Vashem for their support of Jews in Brittany during World War II.

Part of the «Gastaut driving force»

After the end of the WWII resumed her medical studies at the Univer­sity of Aix-Marseille and gradu­ated in 1954 with an award-winning doctorate (“Contri­bu­tion à l’Étude Expéri­men­tale de l’Épilepsie partielle ” [10]). After her thesis, Anne took place in the Gastaut driving force with Yvette Gastaut, Miche­line Vigouroux, Jean Regis, Robert Naquet and many others coming to learn EEG in Marseille.

They brought a series of major contri­bu­tions concerning neuro­phys­i­ology and epilepsy and defined major human EEG patterns recog­nized by the Inter­na­tional Feder­a­tion of EEG and Clinical Neuro­phys­i­ology such as lambda waves, mu rhythm, poste­rior theta rhythm, and rolandic spikes. In addition, they estab­lished several methods for activating abnormal EEG discharges, including photic stimu­la­tion and photic-pentylenetetrazol activation.

She trained in neurology and clinical neuro­phys­i­ology in Marseille and married Joseph (“Jo”) Roger (1918 – 2012), with whom she had three children. Both were members of the French Commu­nist Party, but left due to dissenting positions in 1955.

Via Tunesia and Algeria to Switzerland

In the mid-1950s, the Algerian War threat­ened to divide colonial France. Anne took sides with the Algerian National Liber­a­tion Front and also convinced her husband. Both went into illegality; they were betrayed, but only Anne was arrested in 1959. Although she was pregnant with their daughter, she was sentenced to ten years in prison, but she evaded the sentence and fled via Italy to Tunisia.

After the end of the Algerian war of indepen­dence in 1962, she became part of the govern­ment team of Ahmed Ben Bella (1916 – 2012), the first Algerian presi­dent, and worked to build a progres­sive health care system. Following the coup of Houari Boume­di­enne (1927 – 1978) in 1965, she narrowly escaped arrest and fled again.

Amnesty in France was a long time coming, so Anne went to neigh­boring Switzer­land, where from 1968 onwards, she was the head of the Depart­ment of Clinical Neuro­phys­i­ology and Epilep­tology at the Univer­sity of Geneva. Among other progress, she was the first to estab­lish a video-EEG telemetry in Switzerland.

In 1972 she wrote her Ph.D. thesis, and from 1975 – 1990 she was professor of clinical neuro­phys­i­ology and epilep­tology in the depart­ments of neurology and neuro­surgery at the Univer­sity of Geneva. She wrote several papers about neuro­phys­i­ology and epilepsy: some EEG aspects in cerebrovas­cular disease, some epileptic syndromes especially occip­ital epilep­sies. Her jubilee was celebrated in 1988 at Geneva Univer­sity with a partic­i­pa­tion of epilep­tol­o­gists from all around the world who discussed about reflex epilepsies.

After her retire­ment there, she was a member of the scien­tific committee of the Mariani Founda­tion in Milan from 1992 to 2002. Until a few years ago, she was involved with lectures at confer­ences, seminars and educa­tional events, especially in schools, against nation­alism, racism and religious fanaticism.

Her last two years of life were affected by the conse­quences of a stroke. Anne has been described in a French televi­sion report on her in 2019 (24) as a mixture of the Dutch exotic dancer and courtesan Mata Hari (1876 – 1917), the Polish-French physi­cist and chemist Marie Curie (1867 – 1934), and the French history teacher and member of the French Resis­tance during World War II as herself Lucie Aubrac or Lucie Samuel (1912 – 2007).

Anne Beaumanoir has been an amazing, tremen­dous woman! She shared an incred­ible bravery faced with adver­sity, she knew how to manage a good learning of EEG with rigor and kindness, she could not handle medioc­rity and knew how to use the smart­ness of any situa­tion. She was adulated by all her students. Further­more, Anne was a very elegant and pretty woman, her blue eyes reflected the depth of her soul, she was just a “grande dame”! On 4 March 2022, she has left us in Quimper, Brittany, but she will be remembered.

Our condo­lences to her family.