Improving the prospects of young people with absence epilepsy

The 2019 Epilepsy League Research Recog­ni­tion Award and prize money of CHF 25,000 is set to benefit young people: Dr. phil. Martina Hubacher is researching “The absent mind – Neurocog­ni­tion and sleep in young people with absence seizures” at the Univer­sity Children’s Hospital Basel (UKBB). The Prize for Best Disser­ta­tion will be split between Basel and Geneva.

(Zurich/Basel) Young people with absence epilepsy often face challenges in later life: on average they finish school with lower quali­fi­ca­tions, even in compar­ison with young people who have other gener­alised epilep­sies. Although there have been many studies into this type of epilepsy in children, so far none have inves­ti­gated the precise causes of such deficits in adolescence. 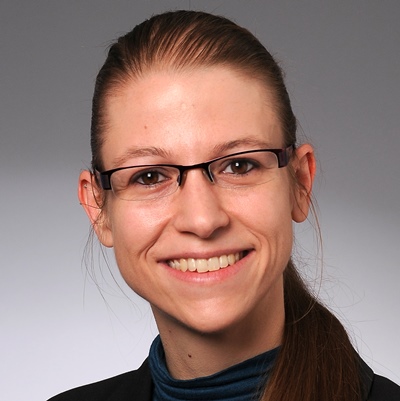 Dr. Martina Hubacher is changing this status quo with her study at the Univer­sity Children’s Hospital Basel (UKBB), which the Research Recog­ni­tion Award and prize money from the Epilepsy League will help her to complete. Hubacher aims to identify and corre­late the relevant factors by conducting compre­hen­sive neuropsy­cho­log­ical tests and imaging exami­na­tions of the young people affected, their healthy siblings and other healthy young people. As the brain regen­er­ates at night during sleep, the study will also look at the quality of sleep experi­enced by the participants.

“We want to create a basis from which to build on so that in the future young people who experi­ence absences can be offered more targeted help and support and have improved chances of success as adults,” says Hubacher.

The awards will be presented at the 11th annual meeting of the Swiss League Against Epilepsy and the German and Austrian epilep­tology associ­a­tions (Dreilän­derta­gung), the leading German-language epilepsy congress with an antic­i­pated atten­dance of over 1000, taking place from 8 to 11 May in Basel.

This year the Epilepsy League Prize for Best Disser­ta­tion will be split between two winners.

Half the prize money will go to Dr. Laurent Sheybani in Geneva for his disser­ta­tion entitled “Large-scale epileptic network in a mouse-model of temporal lobe epilepsy”. For his complex exper­i­mental disser­ta­tion he researched on a mouse model the key network charac­ter­is­tics in one of the most common types of epilepsy, temporal lobe epilepsy. He was able to show that epileptic activity can be measured in the brain indepen­dently of and in addition to the primary focus. Once such a network has estab­lished itself, it remains active even after the original focus has been removed.

“In the future this work will help achieve even greater accuracy in evalu­ating the poten­tial success of epilepsy opera­tions,” says Presi­dent of the Epilepsy League Prof. Dr. Stephan Rüegg of Basel Univer­sity Hospital.

The second half of the prize money goes to Dr. Katha­rina Gruntz in Basel, who in her doctoral thesis inves­ti­gated the risk of Parkinson’s patients devel­oping epilepsy. For a long time, medical profes­sionals suspected that having Parkinson’s syndrome “protected” patients from devel­oping epilepsy, but Gruntz’s compre­hen­sive epidemi­o­log­ical analysis showed exactly the opposite – that the risk of epilepsy is actually higher.

“The study is impres­sive thanks to the clarity of its hypoth­esis and the statis­tical approach used for the large number of patients. Why has no-one evalu­ated this before now?” asked Prof. Dr. Johannes Sarnthein of Zurich Univer­sity Hospital, member of the Research Commis­sion, in his commen­da­tion remarks. “These findings directly impact the care of patients with Parkinson’s syndrome,” said her super­visor Stephan Rüegg, who as a member of the Research Commis­sion abstained from evalu­ating the work of his Ph.D. student.

The Swiss League Against Epilepsy Prize for Best Disser­ta­tion is awarded every three years and carries prize money of CHF 1,000.

Journal­ists are welcome but requested to register in advance.